From early dawn into the night, come enjoy a meal, sip your coffee or enjoy a cold beer at this casual Kona restaurant down the street from Sheraton Kona Resort & Spa at Keauhou Bay. Situated next to King Kamehameha III’s birthplace monument, the charm of this secluded oceanfront retreat rejuvenates and invigorates spirit and soul.

Fishing is part of life at Keauhou Bay. Migrating schools of akule have long sought the inlet for rest, nourishment, and protection, and it is their presence that we celebrate. Their appearance in splendid sculpture is breathtaking. Families gather and share catches as generations past have done for centuries.

Akule Supply Co. is a simple gathering place in Keauhou Bay – but is also so much more, formed on the principles of land and sea stewardship. Just as the families of Keauhou have guarded and nurtured their kuleana, or personal sense of responsibility, we carry forth this reciprocation as we care for this place, its history, and for all who come.

In Keauhou Bay adjacent to Akule Supply Co., an important historical monument can be found that’s dedicated to the longest reigning monarch in the Kingdom of Hawaii. King Kamehameha III, named Kauikeaouli and born in the early 1800s, was second son of King Kamehameha I and his highest ranking wife, Queen Keōpūolani. This monument, Kauikeaouli Stone, played a significant role in the birth of this monarch, born of the highest sacred lineage.

At this monument, Queen Keōpūolani gave birth following a bath in the sea spring of Kaopa to a stillborn son. Refusing to accept this, Chief Kaikioʻewa summoned prophet Kahuna Kapihe, who cleansed the motionless newborn in the cooling waters of Kaopa, then placed him in the depression of a large stone. Gently fanned and warmed on the sun-heated rock, sprinkled with water, and through prayer by Kapihe and passing of the undetached afterbirth over a fire to warm it, Kauikeaouli’s breath returned – an occasion of greatest rejoicing! The powerful prayer chanted by Kahuna Kapihe, was to Kaʻōnohiokalā, “Child of God.”

It is said that the full name given by Kapihe to the newborn prince, who would later be known as King Kamehameha III, refers to the bank of clouds spread high in the heavens when Kapihe was summoned to the child.  Kauikeaouli’s full name is Kauikeaouli (placed in the dark clouds) Kaleiopapa Kuakamanolani Mahinalani Kalaninuiwaiakua Keaweaweʻulaokalani (the red trail of heaven, signifying the path by which a god descends from heaven.)

Kauikeaouli Stone was added to the Hawaiʻi register of historic places as site 10-37-4383 on January 13, 1978, and to the National Register of Historic Places on July 24, 1978, site 78001018.  It is now preserved by the Daughters of Hawaiʻi and can be found at the base of Pali `Ahu`ula Cliff along the water’s edge near Akule Supply Co.  Kaopa Spring and Kuhalalua Pond were filled in many years ago. Akule Supply Co. now rests on this sacred location, as a steward of Keauhou Bay – committed to caring for this place, its history, and for all who come. 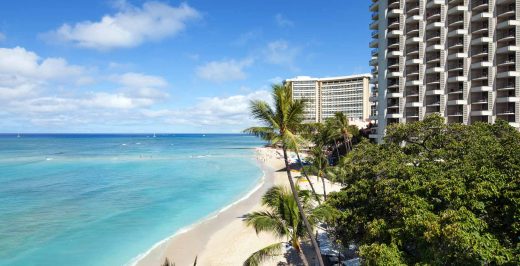 Receive nightly resort credit on your next Hawaiian vacation. Choose from participating resorts on Kauai, Oahu, Maui and the Big Island.
Load more
(Now showing 1 of 5) 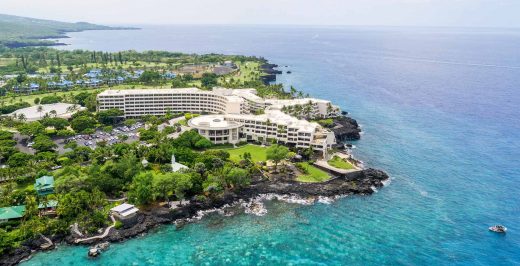 Discover our Keauhou Bay resort, where land and sea adventures immerse you in the culture of Keauhou, the birthplace of King Kamehameha III. 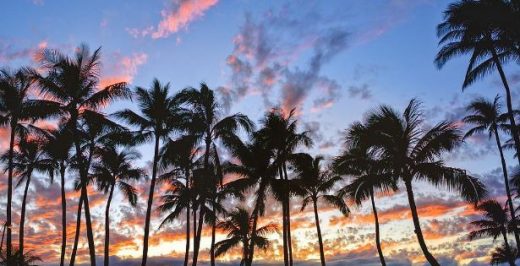 This week’s top five social pics feature some of our favorite summer sunsets and sunrises. 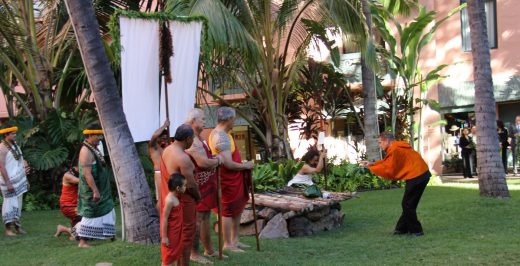 During the course of the event our guests enjoyed the cultural practitioners on the Coconut Lanai and more. 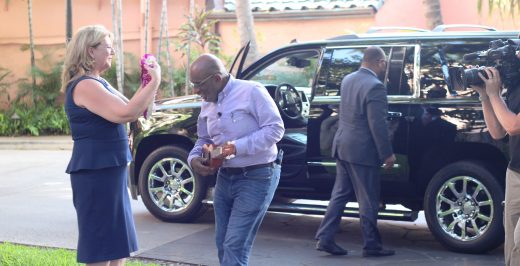 Al Roker Planted the TODAY Flag in Hawaii for Rokerthon 2

Al plans to plant a TODAY flag in all 50 states, and he started by planting one in a cake replica of the Royal Hawaiian Hotel.
Load more
(Now showing 3 of 246)